A bitter family saga is at an end

Could the article by the same title in the BBC web site by By Matt Frei give the anser to the question I posed in my brevious post?
On one level, the hanging of Saddam Hussein is the end of a dramatic family saga that has pitted the Bushes of Texas against the Husseins of Tikrit.
http://news.bbc.co.uk/2/hi/middle_east/6219767.stm
If this is true, then politics could be much simpler that we think it is...

I have not figured out what is the political message the US tried to send by the execution of Saddam.
And one oservation: Of the three nations that welcomed the event (USA, UK and Iran), the only one consistent in its views about Sadam is Iran.
Posted by ΙΩΑΝΝΗΣ ΠΑΝΑΡΕΤΟΣ at 5:33 am 4 comments:

Internet addiction in the US

Is it really a problem?

The US could be rife with "internet addicts" who are as clinically ill as alcoholics, according to psychiatrists involved in a nationwide study.

The study, carried out by researchers at Stanford University School of Medicine in California, US, indicates that more than one in eight US residents show signs of "problematic internet use".

The Stanford researchers interviewed 2513 adults in a nationwide survey. Because internet addiction is not a clinically defined medical condition, the questions used were based on analysis of other addiction disorders.

Most disturbing, according to the study's lead author Elias Aboujaoude, is the discovery that some people hide their internet surfing, or go online to cure foul moods – behaviour that mirrors the way alcoholics behave.

"In a sense, they're using the internet to self-medicate," Aboujaoude says. "And, obviously, something is wrong when people go out of their way to hide their internet activity."

A typical addict is a single, white college-educated male in his 30s, who spends more than 30 hours a week on "non-essential" computer use.
http://www.newscientisttech.com/article/dn10322-us-internet-addicts-as-ill-as-alcoholics.html

The best cities in the world to live in

The analysis is part of Mercer Consulting's annual 'World-wide Quality of Living Survey', covering more than 350 cities. Each city is based on an evaluation of 39 criteria, including political, social, economic and environmental factors, personal safety and health, education, transport, and other public services. Cities are ranked against New York as the base city, which has an index score of 100.
The world's top cities offering the best quality of life
(New York is the base city with a score of 100 points)

TIME, person of the year: You

I am so glad of this year's choice of TIME magazine!
Posted by ΙΩΑΝΝΗΣ ΠΑΝΑΡΕΤΟΣ at 5:49 pm 2 comments:

Restaurant magazine produces an annual list of the 50 best restaurants in the world based on a poll of international chefs and critics. In 2006 El Bulli in (Spain) pushed the 2005 winner The Fat Duck down to second place. The two top restaurants are forerunners of molecular gastronomy. Chez Panisse in is listed as the #20.

Unfortunately, there is not any Greek restaurant in the list (nor was there one in the 2004 list). So, is the good Greek food only cooked in private houses? Or do we have a case similar to the Greek Universities not making it to the top 200 list of Universities world-wide?

The following article in the Dec 1st issue of the Daily Californian (http://dailycal.org/sharticle.php?id=22478), is indicative of the strength of these two institutions that have achieved a marvelous mix of competition and cooperation. And one of them is public, the other is private. ...continues here!

Smoking in enclosed public places will be banned in England from 1 July next year, the government has announced. The ban covers virtually all enclosed public places including offices, factories, pubs and bars, but not outdoors or in private homes. It follows similar bans in the Irish Republic and Scotland - a ban in Wales starts on 2 April. ...continues here!
Posted by ΙΩΑΝΝΗΣ ΠΑΝΑΡΕΤΟΣ at 1:19 am No comments: 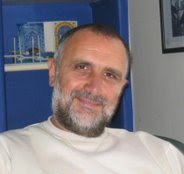